Congratulations to my friend and fellow author, Eliza Knight, on her 50th book release!

Read on for the back cover copy, an excerpt and where to buy Eliza’s exciting new Scottish Historical Romance, Claimed by the Warrior. 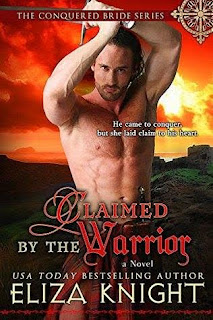 He came to conquer…
A widower, Laird Torsten Mackenzie, has worked long and hard to regain the respect his clan deserved after his older brother turned traitorous. Even in death, Cathal’s  crimes remain a mar on Torsten’s conscience. Setting aside his grief, Torsten devotes his life to his people, and to his young, motherless daughter. When a rival clan attacks his lands unprovoked, he’s determined to put them in their place once and for all. Marching on their gates, he’s taken by surprise when Lady MacDonell steps through the opening instead of her wayward husband. Reacting impulsively, Torsten exacts his revenge by whisking her away.
But she laid claim to his heart…
Headstrong and fierce, Éabha MacDonell’s true nature has been buried for six long years in a marriage that fills her with shame, and has kept her tucked in the shadows. But the death of her husband, and being forced from the only home she’s ever known, brings freedom in a way she’d never imagined. Free to rediscover parts of herself she’d thought never to behold again—her love of art, her desire for children. But most of all, the tug at her heart, the warmth of a secret glance and the heat of a passionate embrace.
In the arms of her captor, Éabha’s more liberated than she’s ever been before and Torsten might just have found the one person who can make him whole again.
BUY LINKS:
Amazon: http://www.amazon.com/gp/product/B01AKXRP0E
B&N:http://www.barnesandnoble.com/w/claimed-by-the-warrior-eliza-knight/1123272022
ITunes: https://itunes.apple.com/us/book/claimed-by-the-warrior/id1076208162
Kobo: https://store.kobobooks.com/en-us/ebook/claimed-by-the-warrior-2
EXCERPT:

Why the hell did those bloody fools have to keep raiding? Had they not yet learned their lesson?

Laird Torsten Mackenzie crouched just out of arrow’s reach from the high, thick walls of the MacDonell’s castle. The fortress loomed up in the moonlight, but despite its fortifications, he planned to breach it this very night. A promise he’d made the last time the bastards had dared to cross onto his land.

Torsten was certain he’d been clear that any further raids on his lands would not be tolerated. Another raid from the MacDonells was a declaration of war, he’d even put it in writing so the imbeciles would not be confused. Yet, despite his warnings, the arseholes had done so again, trampling crops, burning crofter’s homes, beating tenants and violating women.

Rage lanced hot through Torsten’s veins. He gripped the reins tighter, his body stiffened, and his mount, Lucifer, tossed his head in irritation. When he got ahold of Donald MacDonell, that sorry excuse for a laird, he was going to beat him to a bloody pulp, until the last of his breath escaped and his face was unrecognizable.

His warhorse snorted and Torsten loosened his grip, concentrating his fury on the castle just beyond.

Torsten glanced at Little Rob, his second-in-command, a man not so little in personality or size. He, too, had steel-studded leather armor covering his leine shirt, his green and blue plaid muted in the darkness.

“Wait.” Torsten glowered at the wall and keep, imagining the men inside celebrating their latest raid, and reliving every horrifying moment. Well, Torsten, wasn’t celebrating, and his people surely weren’t. They were trying to pick up the pieces of their lives, while desperately trying not to relive it. Donald MacDonell had better start praying now, for Torsten would show no mercy. 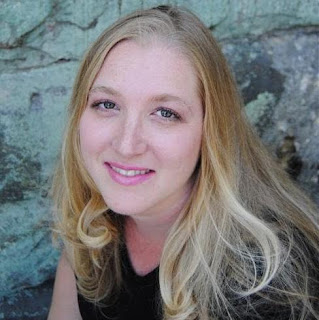