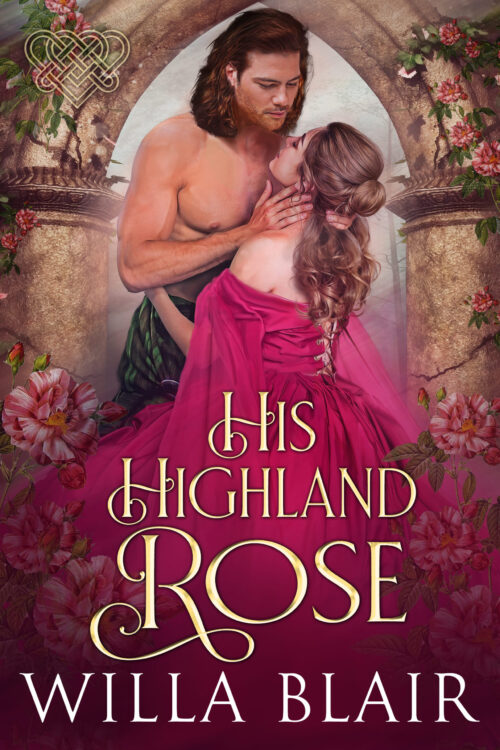 "What happens when three sisters gang up on their father to get what they want?"
Iain Brodie is a fierce warrior and passionate lover, but to prove he’s responsible enough to follow his ailing father as the clan’s chief, he must give up the lasses and find a bride—quickly. He doesn’t expect to fall for any of the Rose chief’s three daughters, but he can’t get one out of his mind—or heart—even when he discovers she is not who she claims to be.

Skilled rider and archer Annie Rose values her freedom. She doesn’t want to be anyone's bride, not even deliciously and annoyingly sexy Iain Brodie’s. But her father wants an alliance with Iain’s clan and he’s chosen her to forge it. Unaware she could be sealing the fate she desperately wants to avoid, Annie falls under Iain’s seductive spell at the spring known in old tales as the fairy pool.

Get Your HIS HIGHLAND ROSE Audiobook!

For all the years Iain Brodie had trained to succeed his father as the Brodie chief, he’d known this day would come—and dreaded it. The neighboring Rose keep loomed ahead, a fortress built of stone and timbers overlooking the Moray Firth. Just as it marked the northwest side of Brodie, the firth marked the northerly limits of Rose territory. Iain couldn’t see the water but the breeze carried its salty scent.

“Do ye think ye will find what ye need there?” his cousin Kenneth asked. Kenneth’s gaze was on the keep ahead, his brow drawn down as he studied their destination.

Iain pulled his mount to a halt. It surprised him by backing up a few paces, as if it sensed his disquiet and was ready to carry him away. He urged it forward, even with Kenneth, who’d stopped to wait for him. “Even if I do, ’tis something I would rather leave for another day…or year.” He clenched his jaw. He would soon lose his freedom, and the shackles awaited him in that keep.

“Ye’re a fine one with the lasses, aye. ’Twill be hard to give them all up,” Kenneth said and shrugged, “but ye ken ye are nearly out of time to prove ye are ready to lead the clan.”

“I dinna need a reminder,” Iain growled, the weight of responsibility settling solidly on his shoulders. He shifted in the saddle, tempted despite the cost to turn his mount aside, away from what lay ahead. He knew he could not. He’d only delay the inevitable, longer, perhaps, than the time he had left. He’d lose everything. “Da is getting worse. He may not last another year.”

Kenneth gave him an understanding nod. “And so ye must convince him and the clan elders ye are fit to lead.”

Iain’s lips compressed into a thin line. “Damn it, did he send ye to remind me how I’ve wasted the years since my beard first grew? I’ve heard it from him—too many times.”

“I came with ye because I’ve been guarding yer back since we were weans and fought our battles with wooden swords,” Kenneth replied tightly.

Iain had to nod at that. Early in his training, the younger Kenneth had mistimed swinging his wee wooden sword and hit an older and much bigger lad in the face. The lad had knocked him to the ground and started beating him. Iain, more the size of Kenneth’s attacker, had pulled the lad off, flattened him and ended the unfair fight. Kenneth had been at his side ever since.

“And to remind ye what ye must accomplish while ye are here,” Kenneth added. His mouth twitched, whether in resignation or mirth, Iain couldn’t tell.

Kenneth knew better than anyone how stubborn Iain could be—especially about something he did not want to do. And how single-minded about something he wanted, once he had a goal in mind. For the life of him, Iain couldn’t figure a way out of this. His stubbornness had delayed this decision, but it wouldn’t save him.

“Aye.” Iain raised his voice to the wobbly pitch of an old man’s—his father’s to be precise. “’Tis best to have an heir of yer own on the way before I go, so ye must be wedded and bedded and settled in yer new role as husband and father.” He dropped his voice to its normal timbre. “Not that I object to the bedded part of the bargain.”

Kenneth chuckled. “I’m told the Rose lasses have grown into beauties. So ye may as well show a little enthusiasm.”

“I pray ’tis so. Any wife who warms my bed had best be pleasing of face and figure.”

“Aye, well, I dinna ken whether ’tis possible.” Iain gestured at the keep. “The last time we were here, they were three hellions, running through the bailey, shrieking.” He shuddered. “My ears are still ringing from the din.”

“Ten years have gone since then. Ye are no longer the stripling lad they ran from. I’ll wager my best horse ye won’t have to chase them this time. Ye’ll have yer pick o’ the lot.”

“I’ll take that bet.” Iain flicked the reins and urged his mount into motion. “Let’s get this over with, aye?” 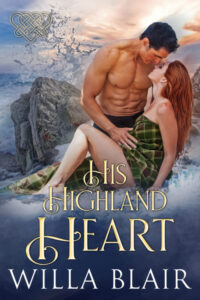 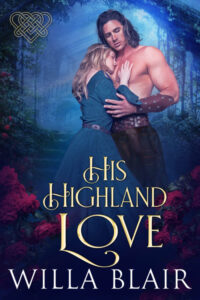 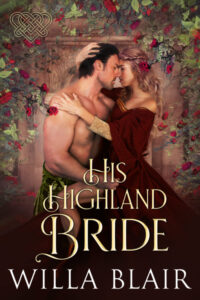